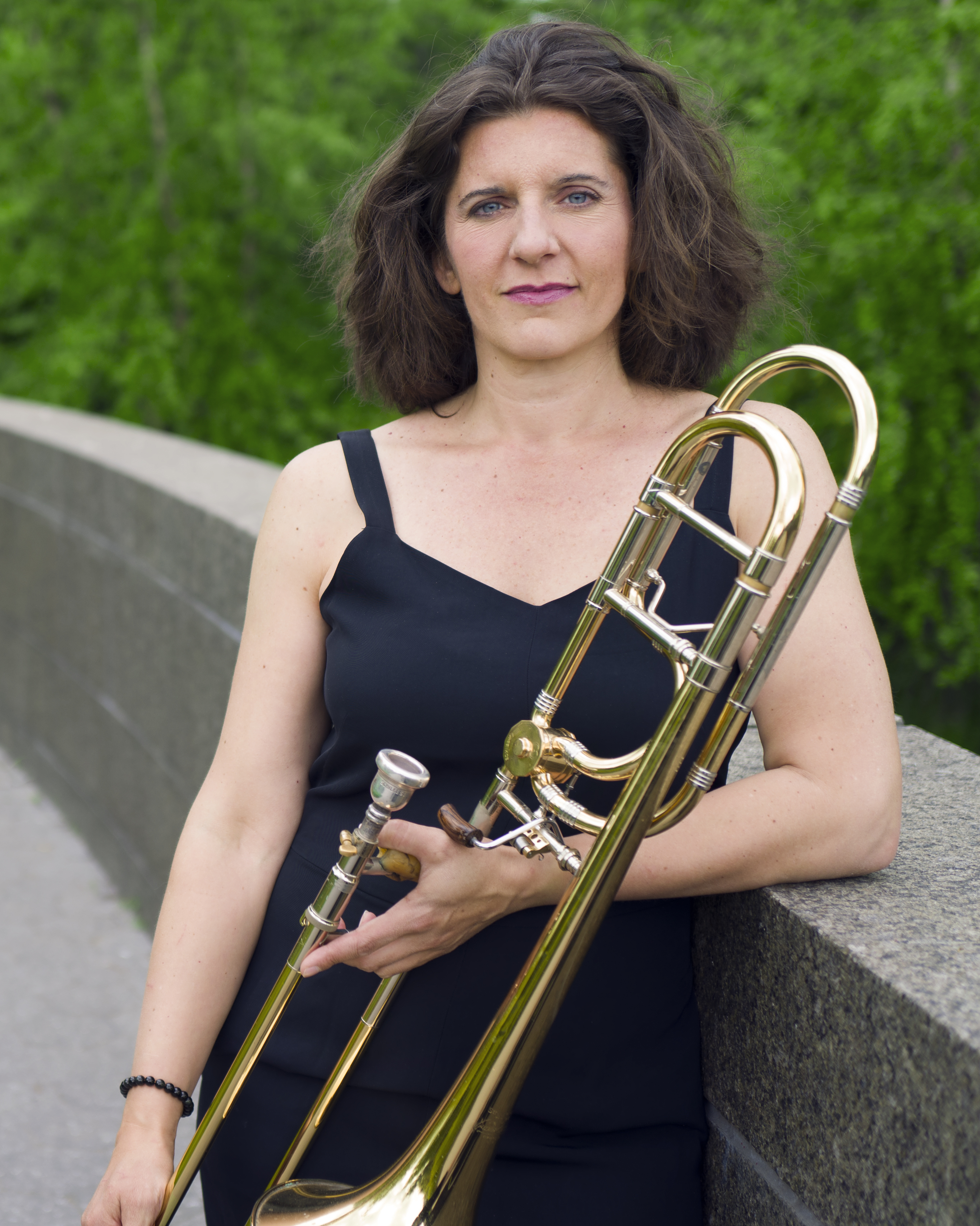 Jen Baker enlivens the spirit in you!

"astonishing range of noise and technique"- The Phoenix, Bronxville

Jen Baker, trombonist/composer has pioneered a widely diverse career based in redefining the role of trombone in contemporary music and traditional performance settings. Featured on the soundtrack to Werner Herzog's Oscar-nominated Encounters at the End of the World, many of her collaborations and/or compositions appear on record labels including New World, Innova, Image Entertainment, New Focus, Cantaloupe, Important Records, and her own label, Dilapidated Barns.

This season, Jen performs with Bang on a Can All Stars for the People's Commissioning Fund and their Long Play Festival. She also joins Argento, Wavefield, Sarah Weaver's chamber ensemble, Gelsey Bell, Fay Victor, and other notable improvisers, performed in Kings County Brass Quintet in the Relevant Tones Festival,and Anna Webber/Angela Morris Big Band. This season has also seen premieres of three solo pieces (flute, trumpet, violin), a brass quartet, and a trombone quartet. Later this Spring, Wavefield will also premiere her chamber work, Far From the Future.

Her compositions have been performed nationwide, in part by commissions by members of Metropolis Ensemble, Mivos Quartet, The Fourth Wall, loadbang, Asphalt Orchestra, Wavefield, and with solo and collaborative projects as composer/performer. She was a featured soloist on Chicago's Experimental Sound Studio in their Quarantine Concert Series. Her Silo Songs, recently presented by Edgefest!, blends site-specific field recording (realized with 4+ surround speakers) with live performance soloist. New multiphonics pieces were recorded in a massive concrete grain silo - a naturally reverberant, cylindrical space, using bassoon reeds, harmonicas, incidental birds, and the silo itself. Her earlier solo album, Blue Dreams, is similarly based on vibration of multiphonics. She authored Hooked on Multiphonics: Multiphonics and other Extended Techniques Demystified, the first and only book that comprehensively deals with the technique of singing through the trombone, and has been internationally appreciated in composer and trombonist circles alike!

Currently, Jen Baker is fascinated with human consciousness and has incorporated aspects of it along with philosophies of sound healing in all her recent compositions. 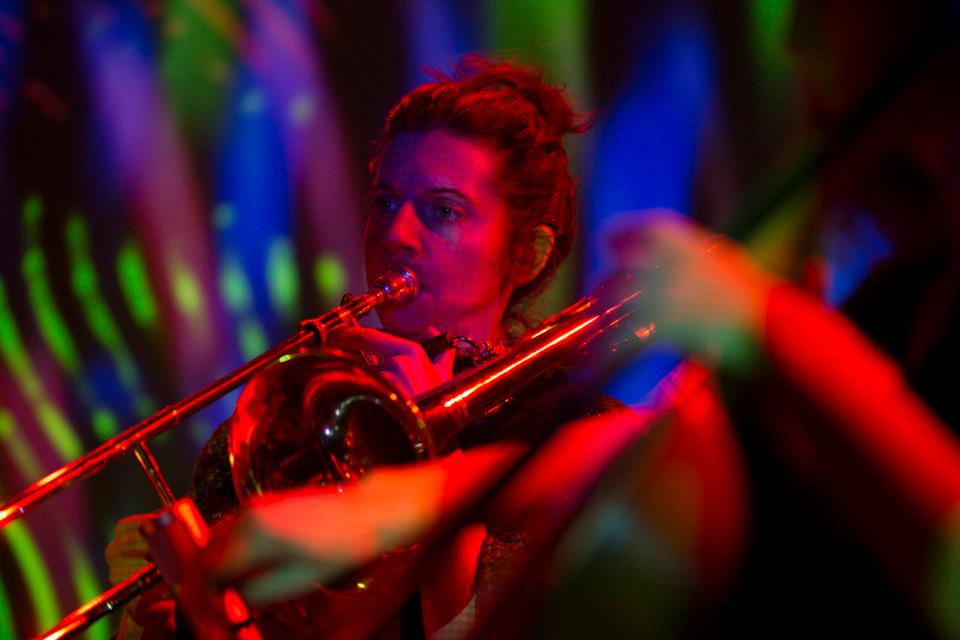 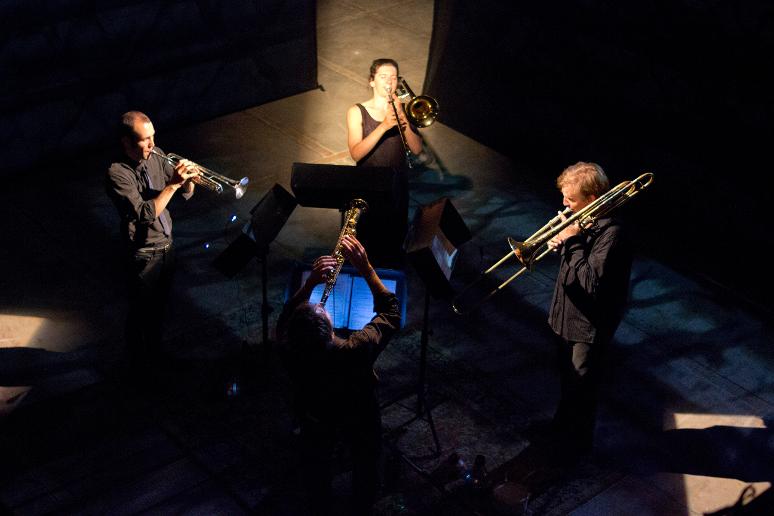 The Universe is Pulling Apart, 2018 in collaboration with Anne Hege, with support from the MAMA Residency 2018. 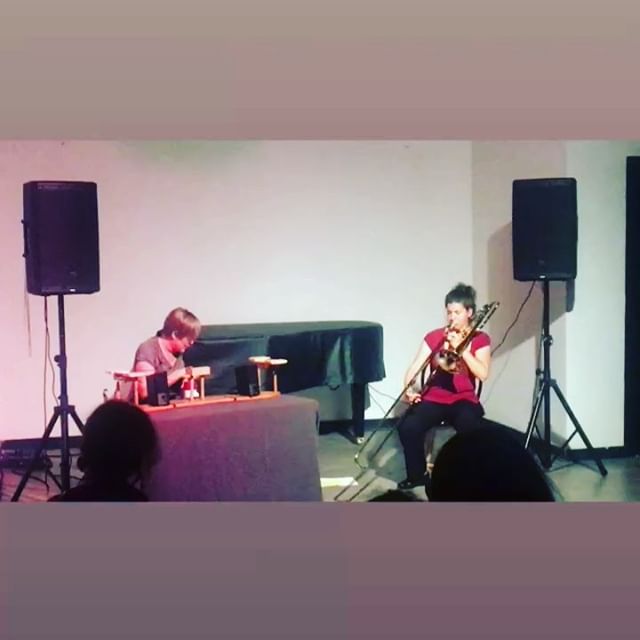 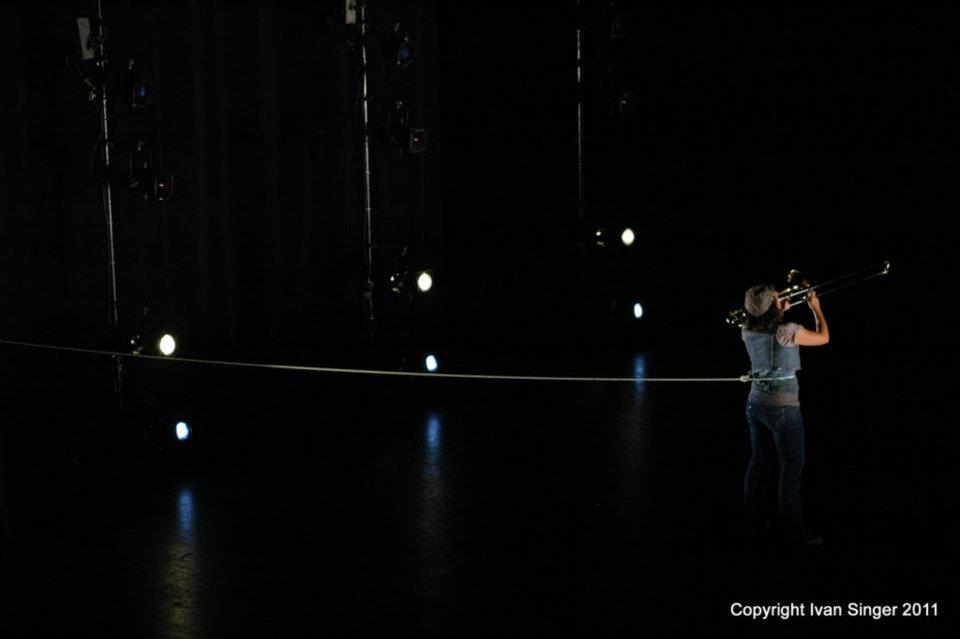 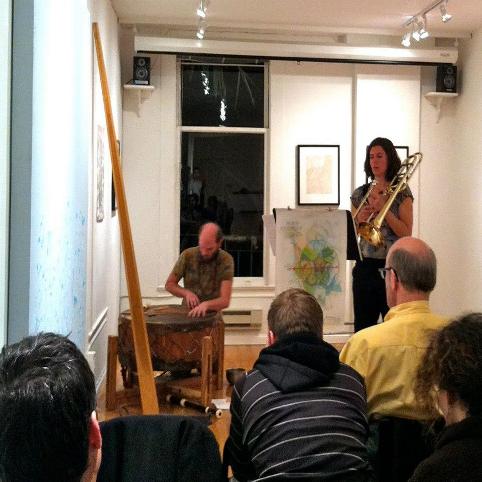 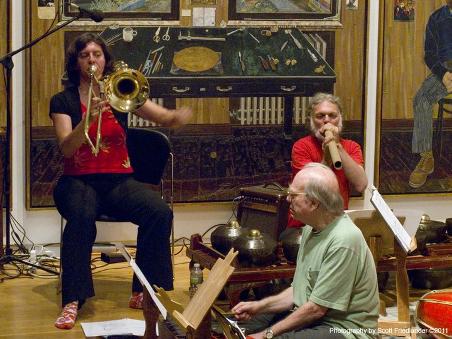 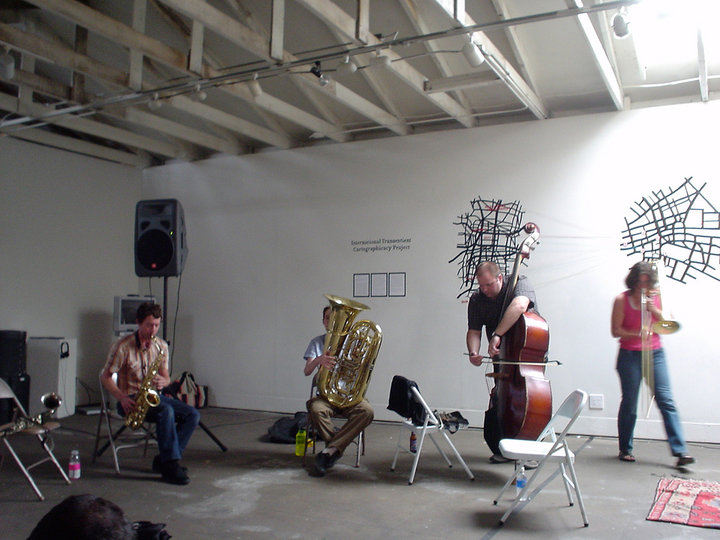 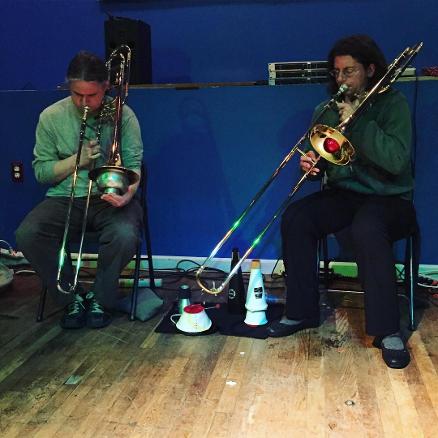 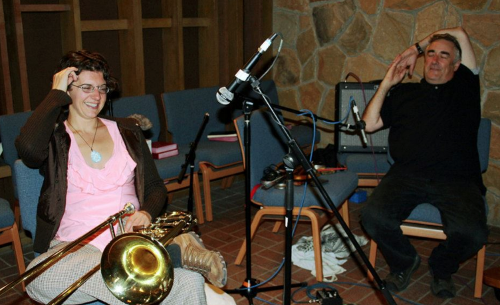 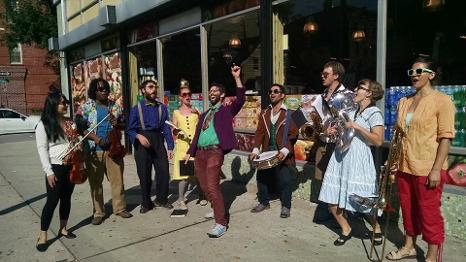 Asphalt Orchestra at Bang on a Can Marathon, 2014. 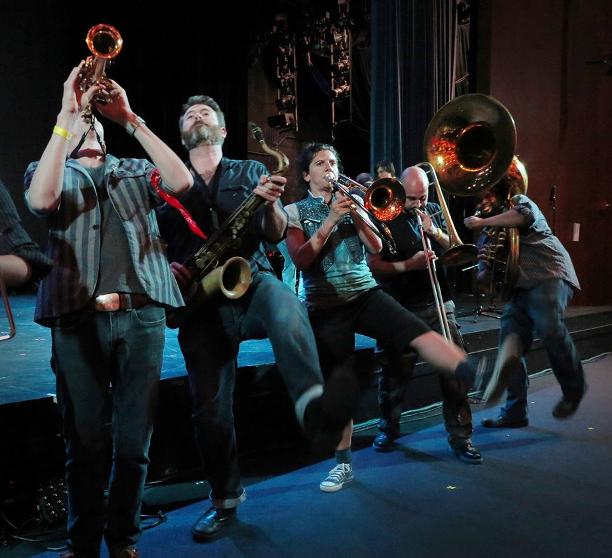 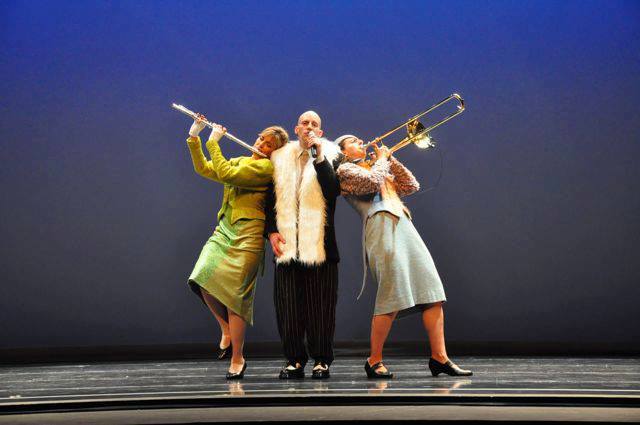 performing alongside the artwork Fata Morgana by Teresita Fernández, 2015. 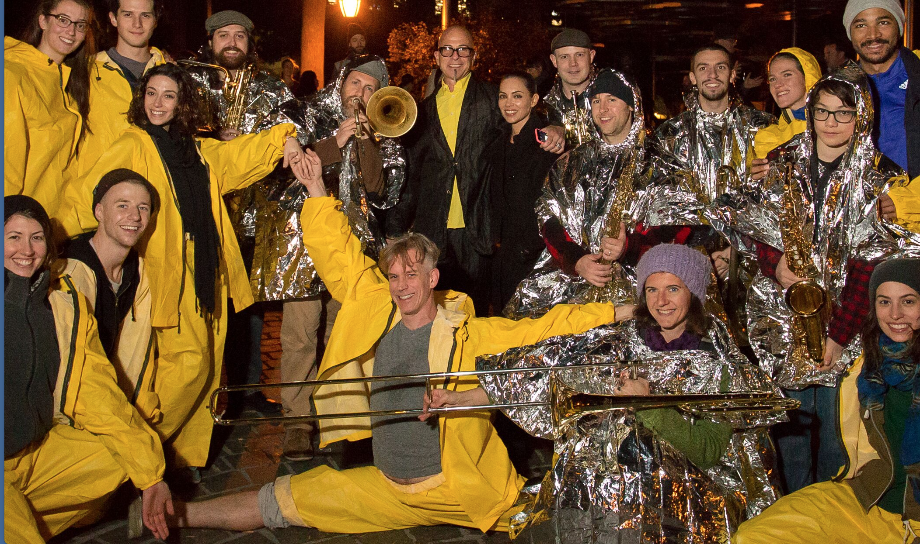